TheBoldandtheBeautiful Wiki
Register
Don't have an account?
Sign In
Advertisement
in: Soap opera articles by quality, The Bold and the Beautiful characters, B&B's Businesses

Forrester Creations is a fictional fashion house from the CBS daytime soap opera, The Bold and the Beautiful.

In 1958, Stephanie Douglas convinced her wealthy father, John Douglas to lend her and her new husband Eric Forrester $50,000.00 (about $500,000.00 in today's money) to begin a company. They purchased a building located in Los Angeles, CA and went about their work. The company thrived and prospered for many years under Stephanie's business acumen and Eric's brilliant artistry, despite industrywide skepticism that High Fashion could be produced in California, becoming one of America's premiere fashion houses.

In 1993, chemist Brooke Logan, through a legal technicality, gained 51% of stock and became CEO of the company.

Years later the Forresters re-gained control of their company and Eric was voted back in as CEO.

In 2005, Katherine Chancellor, who was a longtime business associate of Stephanies father, revealed that John didn't trust Eric and had created a trust at the inception of Forrester Creations making Stephanie the sole owner of the company. Stephanie fired several employees, including Brooke and Eric and made her younger son Thorne Forrester President. Stephanie would later dissolve her trust and split the shares between all of her children, Eric Forrester, Taylor Hamilton and Brooke Logan.

Some time later the company was taken over by Nick Marone, who blackmailed the Forresters into selling it to him after an altercation between Stephanie and Nick's mother, Jackie Payne, left Jackie seriously injured. Nick made Jackie President of the company and named Clarke Garrison Head Designer. After the takeover, many employees quit the company out of Forrester loyalty. Under Marone's leadership, Forrester Creations purchased many of the boutiques in the Los Angeles area, except for Fenmore Department Stores owned by Lauren Fenmore, and created a near monopoly in retail until Forrester Originals opened their own line of boutiques.

In 2008, Eric regained control of the company, naming himself Chairman and CEO. He later gave Ridge the CEO position and also promised to name him Chairman upon his retirement. In late 2008, Rick Forrester was made president of the company. In mid-2009, Eric fired Stephanie from the company. That same year the company began facing serious problems when sales started slipping; when news of Stephanie's firing became public- sales declined even more.

Eric had to take out massive loans to keep the company afloat and was having trouble paying them back on time. Bill Spencer Jr. arrived in town on a mission from his father to get control of Forrester Creations and destroy Eric. When the Forresters are 30 minutes late on making their loan payment, Bill pressured the bankers to foreclose. Eric reluctantly agrees to sell to Bill and Forrester became a subsidiary of Spencer Publications. The agreement was on the basis that the former owners stay with the company with a non-compete clause in their contracts. Bill then named Katie Logan CEO, much to the resentment of the Forresters.

Katie offered Ridge the Presidency, but he said he couldn't be an executive for Katie. She then offered Thorne the position of Vice President but he also turned her down. She then asked Brooke and Donna to take those positions which they accepted. Rick is again made Head of Forrester International and Steffy Forrester was promoted to Head of Public Relations and Marketing. Katie then created and promoted a new line for her niece, Hope Logan called Hope for the Future.

In 2010, Steffy successfully managed to regain the company from Bill by blackmailing him into selling it back to her family. Steffy created the R.E.S.T. Trust which, for $50,000,000.00 each, made Ridge, Eric, Stephanie and Taylor equal co-owners of the company with 25% each. Ridge was named as CEO. Eric would once again lose some of his stock in the company when he had to give Donna 12.5% of his shares in their divorce settlement. Donna would go on to sell her shares to Bill Spencer.

In July 2010, Ridge fired Steffy from the company after yet another Brooke scandal was made public, for which he wrongly blamed Steffy. To secure her daughter's future in the company, Taylor gave Steffy her shares in the company.

In August of 2018, Bill gave his 12.5% stake in Forrester Creations to Steffy, making her and Eric co-majority shareholders of the company.

HFTF (Formerly known as Hope For The Future) 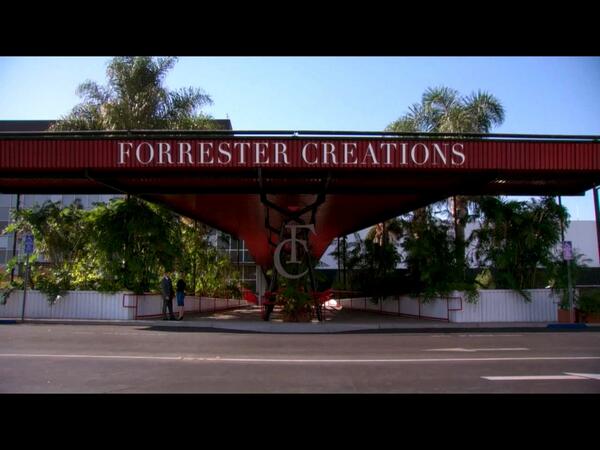 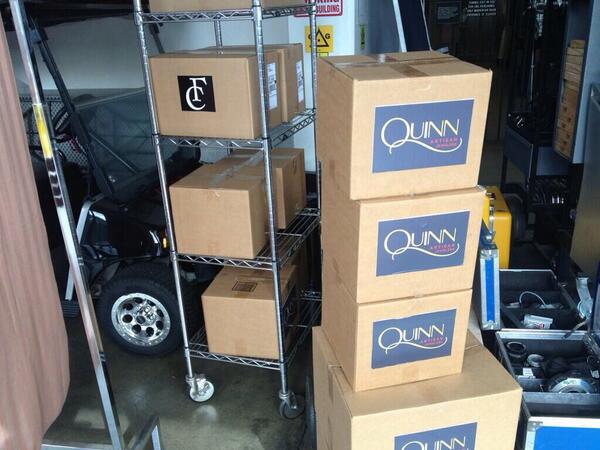 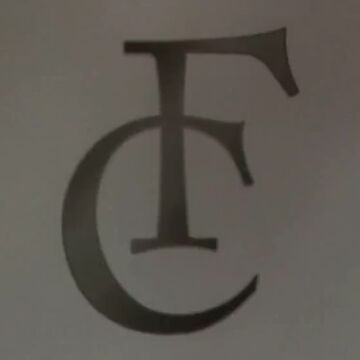